A Guide for GPs and Other Health Professionals

This guide, written by a GP, a Paediatrician and a Lactation Consultant, outlines the differences between Cow’s Milk Protein Allergy (CMPA) and lactose intolerance in breastfed babies, and how clinicians can support breastfeeding in both conditions. 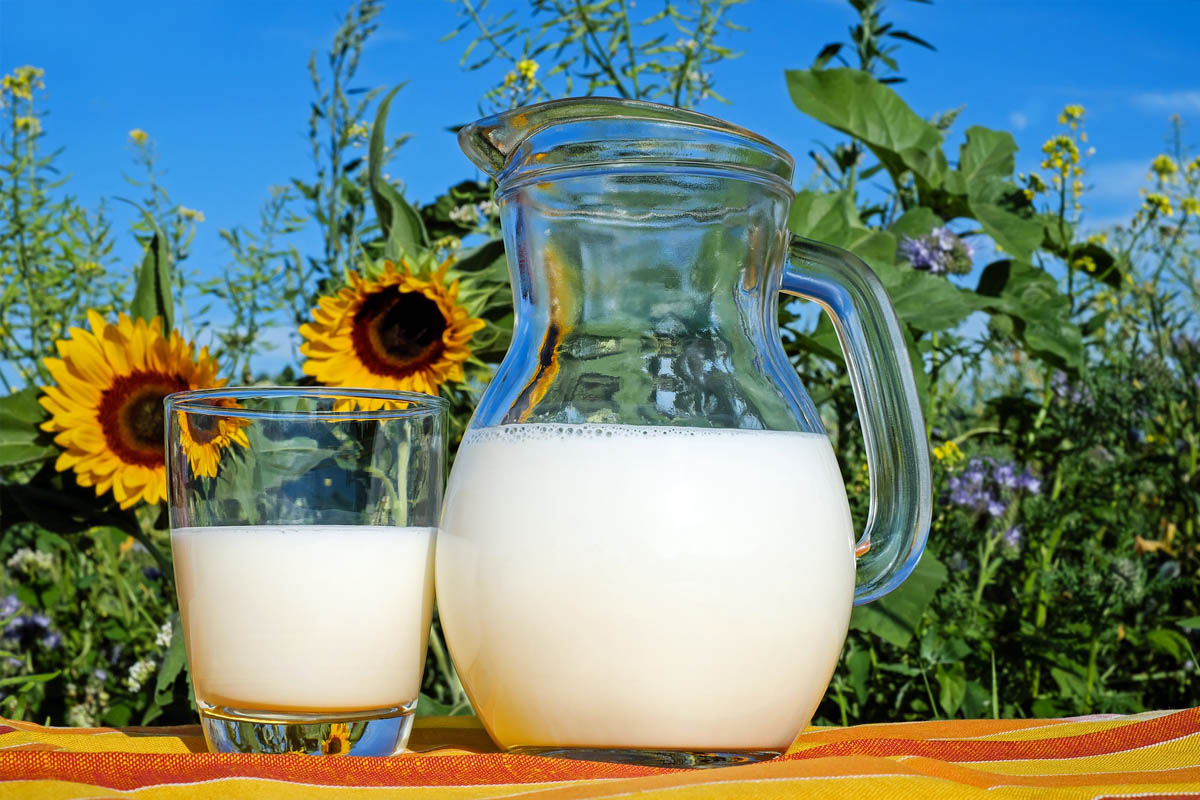 A food allergy is an adverse immune-mediated reaction which occurs in response to the affected person being exposed to the food allergen (usually by ingestion). CMPA is an allergy to the beta-lactoglobulin protein in cow’s milk. It can be broadly classified into:

NB: the term ‘Cow’s Milk Protein Intolerance (CMPI)’ can be ambivalent and is best avoided (2).

Approximately 2% of UK children have CMPA (3) and this appears to be a rising trend. It is much more common in formula (or combination-fed) babies, as the cow’s milk protein ‘load’ in formula is many thousands of times greater than that found in the breastmilk of a mother consuming dairy in her own diet (4). CMPA can occur in exclusively breastfed babies who have never been directly exposed to cow’s milk (5). CMPA can be both under- and over-diagnosed, and health professionals must approach the possibility of food allergy in an evidence-based manner (6).

IgE CMPA typically presents within minutes of ingestion of cow’s milk protein (CMP) with one or more of the following: urticaria, angioedema, vomiting, diarrhoea and bronchospasm. Anaphylaxis represents a severe form of IgE allergy (7). IgE CMPA is most commonly seen in formula fed infants, or in breastfed infants who have started to eat dairy-containing solids, and is very rare in exclusively breastfed infants (8). Following an allergy-focused detailed history, clinicians should consider arranging skin prick testing and/or serum-specific IgE allergy testing – this will depend on local referral pathways (8). In breastfed infants, the nursing parent should NOT be advised to adopt a dairy-free diet unless there is evidence that the infant reacts through breastmilk (which is rare) (8). In formula- or combination-fed infants, if a return to exclusive breastfeeding is not possible/desired by the parent, then a trial of an extensively hydrolysed formula (EHF) should be given. All children with IgE CMPA should be referred to a paediatric dietician. Acquired tolerance should be tested for via serial IgE testing +/- planned challenge via a paediatric allergy clinic service (7).

Non-IgE CMPA typically presents within 2-72 hours of ingestion of CMP with several symptoms, including: persistent irritability (‘colic’), vomiting (‘reflux’), loose/mucousy/bloody stools, constipation, persistent eczema and non-specific skin rashes (7). Severe non-IgE CMPA can also cause faltering growth, but this is not present in the vast majority of children. It should be noted that many of these symptoms are very common at times in normal babies and in those with other diagnoses, and clinicians must take great care to not assume they are due to CMPA. Suspicion should be raised when there are multiple, persistent and/or severe symptoms that do not respond to other treatments, including expectant management.

Mild-moderate non-IgE CMPA should be diagnosed within primary care (7). The diagnosis is reached by exclusion of CMP from the infant’s diet – if clear improvement is seen then it should be reintroduced. If the symptoms return on reintroduction then a diagnosis can be confidently made. In practical terms, if CMPA is suspected in exclusively breastfed babies, then the nursing parent should be advised to strictly omit all CMP-containing foods, drinks and supplements from their diet for a period of 2-4 weeks. This suggested time scale is supported by numerous international protocols and position statements (7, 9, 10), although some do suggest 6 weeks (11) and anecdotally we have cared for many families who say that symptoms can take six weeks or longer to resolve in their child. One study suggests that cow’s milk peptides are no longer detectable in breastmilk just 6 hours after a mother ingests dairy products (12), but it is likely that there is considerable variability between lactating parents. However long the exclusion diet is continued for, a critical part of making the diagnosis is to reintroduce the allergen once symptoms have resolved. This reduces the risk of over-diagnosis, especially given that many of the non-IgE symptoms are common and transitory in healthy babies with no allergies. In formula- or combination-fed infants, if a return to exclusive breastfeeding is not possible or desired by the parent, then a trial of an EHF should be given. For combination-fed babies who only developed symptoms on introduction of formula, advise the mother that they can continue to consume CMP in their own diet.

As well as cow’s milk, other allergens in the maternal diet can be present in breastmilk, including soya, eggs and wheat (13). On occasion, more than one allergen may need to be excluded, however these should be omitted only one at a time and reintroduced to the diet if no improvement is seen. Clinicians should be aware that this can be very challenging for some families and that dietician support is needed. Total Elimination Diets (in which the nursing parent consumes only a small number of hypoallergenic foods) are rarely necessary, and risk cessation of breastfeeding due to being so difficult to adhere to.

The prognosis for CMPA in infants and young children is good, with the majority having developed tolerance by 2 years of age (15).

At all stages of suspicion, dietary exclusion and diagnosis, clinicians must support continued breastfeeding. There is no role for stopping breastfeeding in suspected or confirmed CMPA, unless the lactating parent is unwilling or unable to adopt a dairy-free diet.

Many parents and clinicians may confuse CMPA and lactose intolerance, however they are distinctly different pathologies. Lactose is the main carbohydrate (sugar) in all mammalian milk, including humans and cows. Lactose is broken down by the enzyme lactase (largely produced in the small intestine), to provide essential fuel for the infant.

Congenital lactase deficiency is a rare autosomal recessive condition in which infants have completely absent or very low lactase activity. They present with watery diarrhoea from birth, and without medical intervention rapidly develop life-threatening dehydration and electrolyte imbalances (16). Most cases occur in Finnish families (17). Primary lactose intolerance is one of the very few absolute contraindications to breastfeeding: infants require a lactose-free formula. There are some other extremely rare conditions which are a contraindication to breastfeeding, such as galactosemia, but these are not the focus for this guide.

Secondary lactose intolerance occurs when the small intestinal villi become damaged and temporarily reduce their lactase expression. This most commonly occurs in response to a gastrointestinal infection (16). Symptoms include diarrhoea, abdominal pain and bloating. Breastfeeding should be continued and symptoms will typically resolve over several weeks. The amount of lactose in a mother’s breastmilk is independent of how much lactose she eats in her diet, as lactose is made by lactocytes within the glandular breast tissue. Therefore clinicians should not advise any maternal dietary changes.

Lactase non-persistence is the physiological decline of lactase activity after weaning from breastmilk, which globally tends to happen after the age of about 5 years (16). The UK is unusual in that, due to a combination of our genetics and culture of consuming another mammal’s milk (cow’s milk) into adulthood, most of our population continue to have significant lactase activity (18, 19).

Lactose overload is when a physiologically normal breastfed baby’s lactase is overwhelmed by the volume of lactose in the breastmilk. A term baby is able to digest around 60-70g of lactose per day, which is equivalent to around 1000ml of breastmilk (16). In cases of hyperlactation (oversupply of breastmilk), the infant receives large volumes of lactose-rich milk. This can cause frothy green stools, large weight gains and persistent crying/unsettled behaviour. The optimal management of this scenario is for the dyad to be assessed by a breastfeeding specialist, for example an IBCLC (International Board Certified Lactation Consultant) and for oversupply strategies to be put in place (20). There is no role for lactase drops or a lactose-free formula. Clinicians should support breastfeeding to continue.

The following cases are common scenarios that clinicians may encounter in their practice, and serve to demonstrate optimal management.

Emily is 4 months old and her parents are concerned she may have CMPA. She was exclusively breastfed until 6 weeks of age, and has been combination-fed since then. For the last 2 months she has been passing loose mucousy stools, seems unsettled and “colicky” and has developed eczema. Emily’s mother has been told by a friend that she will need to stop breastfeeding.

Emily was healthy with no issues until the introduction of formula. Her symptoms of diarrhoea, distress and eczema at the onset of formula introduction likely represents mild-moderate non-IgE CMPA. Her GP encouraged Emily’s mother to continue breastfeeding, and advised that there was no need for her own diet to be modified. Emily’s mother wished to continue combination-feeding, so her GP prescribed an extensively hydrolysed formula. After 2 weeks, Emily’s symptoms had resolved, and reappeared when standard formula was re-trialled. The diagnosis of non-IgE CMPA was confidently reached, and Emily continued to combination-feed (breastmilk and extensively hydrolysed formula) with no further issues.

Rahul is 6 weeks old and his parents think he may have lactose intolerance. He was born at term and has been exclusively breastfed so far. He often seems “gassy” and passes unformed stools at least 4 times per day. Rahul’s father is lactose intolerant, and he has suggested that for breastfeeding to continue, Rahul’s mother will need to start a lactose-free diet.

Rahul’s symptoms of gas and frequent loose stools may be entirely normal for a breastfed baby. However his GP notes that he has been gaining weight rapidly (over 400 grams per week) and Rahul’s mother has suffered repeated blocked milk ducts. The GP suspects hyperlactation and refers Rahul to the local Infant Feeding Team. After assessment they confirm hyperlactation and lactose overload. Rahul’s mother is given information on breastfeeding management of oversupply, and 2 weeks later she reports a marked improvement in both of their symptoms. She continued to breastfeed with no dietary modifications.

Oliver is 3 months old and exclusively breastfed. He has always been an unsettled baby with lots of vomiting, and his weight has dropped from the 75th centile at birth down to the 2nd centile. Oliver’s mother takes him to the GP, who suspects he may have CMPA. The GP advises Oliver’s mother to temporarily stop breastfeeding and instead give him a hypoallergenic formula as this will be a good test for CMPA. She is devastated at this advice as she was unable to breastfeed Oliver’s older brother due to severe nipple pain.

Oliver’s mother was desperate to continue breastfeeding, so she sought a second opinion. She discovered that the advice to stop breastfeeding due to suspected CMPA was incorrect. She joined some online support groups and picked up some tips on a dairy-free diet. Within 2 weeks Oliver seemed much more settled, and at his next weight check he had climbed to the 9th centile. Oliver’s mother continued her dairy-free diet and went on to breastfeed him until he was 18 months old.

In summary, GPs and other clinicians have a critical role to play in recognising and diagnosing CMPA and lactose intolerance in breastfed babies. Correct management includes appropriate referral (including to a dietician) and support to continue breastfeeding. The only exception to this is in cases of congenital lactose intolerance, which is incredibly rare. Families may find a dairy-free diet challenging, and reintroducing dairy to the maternal diet is an essential step to both confirm the diagnosis of non-IgE CMPA as well as preventing unnecessary dietary restriction. 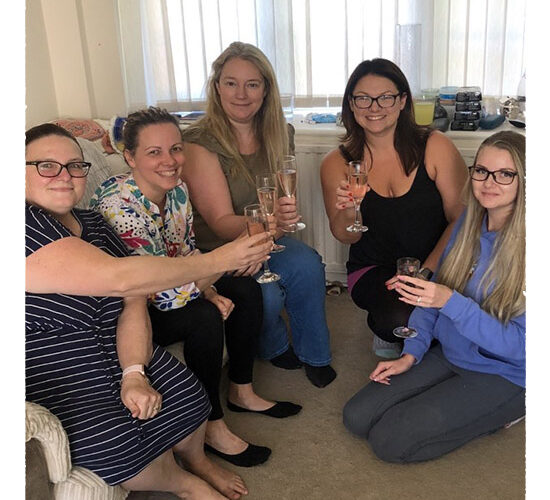